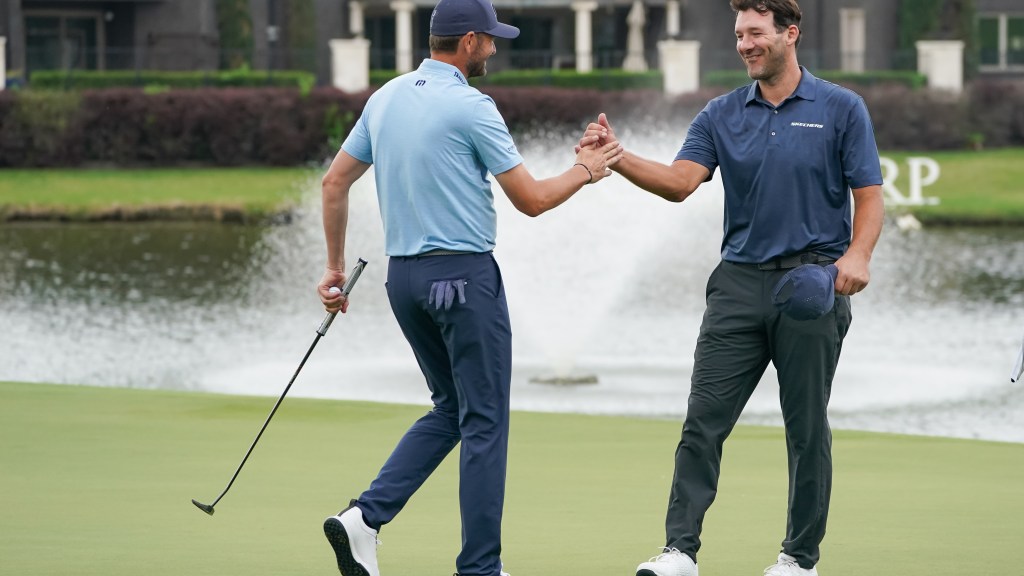 Playing in the celebrity division of the ClubCorp Classic, a PGA Tour Champions event in Irving, Texas, Romo, 42, held the lead until he hit into the water at the par-5 18th hole at Las Colinas Country Club and made bogey, while former tennis pro Mardy Fish responded with a clutch birdie. That forced a tie with 106 points in the Stableford scoring system.

Fish won the playoff when Romo, the lead analyst on the NFL for CBS Sports these days, again rinsed his second shot into the penalty area and Fish converted a short birdie putt.

“It’s nice to catch Tony this time,” said the 40-year-old Fish, who is the U.S. Davis Cup Captain and has been battling regularly with Romo on the celebrity golf circuit. “He’s a great player. He had plenty of support here. We’ve got a nice rivalry building.”

It came down to 18, where Fish avoided the penalty area and Romo did not.

“Get it over the water was the thought initially and then we’ll figure it out from there,” Fish said. “Obviously feels great to win and get to beat him, especially here. I’m sure he’s played the course a few more times than I have, but conditions were tough out here.”

Romo held the lead after the first and second rounds, but shot the equivalent of 73 on Sunday, good for 34 points to Fish’s 70 that generated 37 points.

“I played well, did a lot of good things, but that 18th hole is what cost me,” Romo said. “The wind is swirling; I hit pretty good shots. Going over par on that hole after being in good position is just not going to get it done.”

The modified Stableford scoring format awards 10 points for an albatross, 5 for a hole-in-one and eagle, 3 for birdie, 2 for par, 1 for bogey and 0 for double bogey.

Golf handicaps: Just how good are your favorite celebrities and athletes? 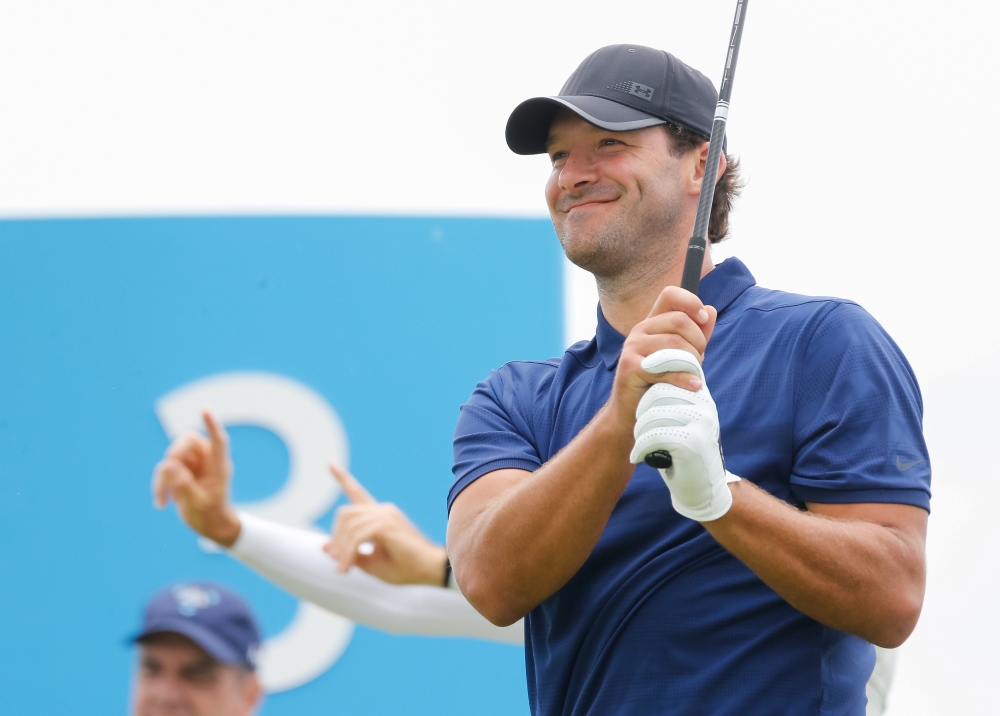