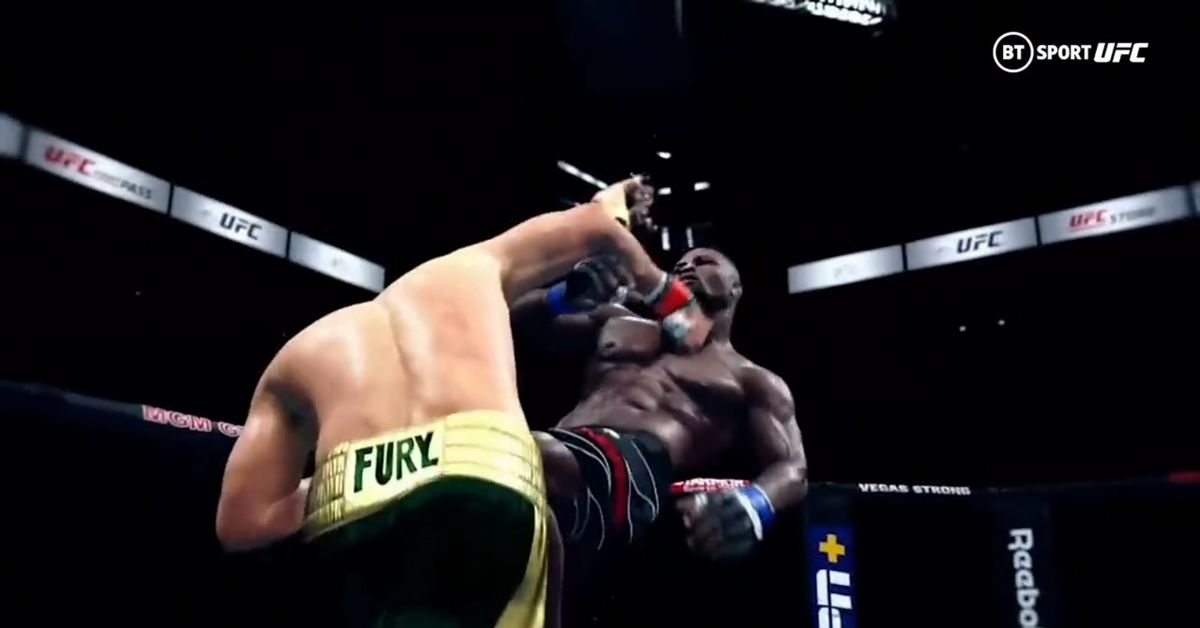 On Friday, BT Sports released a clip on social media featuring a trilogy between Ngannou and Fury simulated through the UFC video game. All three encounters end in a highlight-reel knockout, with Fury taking the series two to one.

Watch the simulation above.

An overhand right from Fury crumbles Ngannou in the first run-through, while Ngannou adds to his own knockout collection in the second with a comeback uppercut that makes Fury’s ragdoll physics go haywire. In the third bout, a straight right down the pipe gets the series win for “The Gypsy King.”

It should be noted that a pure MMA contest between the two is unlikely to happen, even with Fury and Ngannou sharing the ring following Fury’s win over Dillian Whyte this past Saturday. The heavyweight champions have made multiple public overtures about fighting one another, with Ngannou saying, “I want to find out who is the baddest mf***** on the planet” while standing right next to Fury.

Ngannou has proposed meeting Fury in a boxing match, but with Fury apparently retiring from boxing, it sounds as though it would more likely be hybrid rules match to accommodate both stars. Currently, Ngannou holds the UFC heavyweight title and is out of action for the foreseeable future as he recovers from knee surgery and targets free agency further down the road.