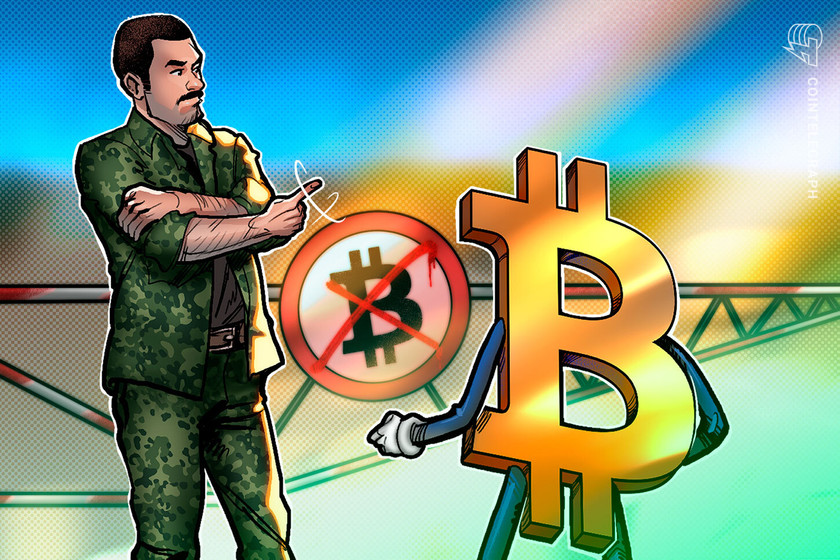 The Ukrainian central bank officially announced Thursday a set of restrictions on cross-border operations, prohibiting individuals from buying cryptocurrencies like Bitcoin (BTC) with the national fiat currency, the hryvnia (UAH).

Ukrainians are now allowed to buy Bitcoin and other cryptocurrencies only with foreign currency, with total monthly purchases limited to 100,000 UAH ($3,300). The relevant limit also applies to international peer-to-peer transactions.

According to the announcement, the NBU has deemed crypto purchases as “quasi cash transactions” alongside operations like electronic wallet deposits, foreign exchange transactions and travel payments. By adopting restrictions on such transactions, the central bank aims to prevent the “unproductive outflow of capital” from the country amid martial law.

“The relevant changes will help improve the foreign exchange market, which is a necessary prerequisite for easing restrictions in the future, as well as reducing pressure on Ukraine’s international reserves,” the NBU wrote.

The central bank admitted that the need for international transactions has massively increased amid martial law, with millions of citizens being forced to leave Ukraine. However, the NBU cannot afford “unproductive capital outflows,” which include investing in cryptocurrencies, the announcement notes, adding:

“Quasi cash transactions […] are mainly carried out to circumvent the current restrictions of the National Bank, in particular for investing abroad, which is prohibited under martial law. Therefore, the relevant transactions should be interpreted as leading to unproductive capital outflows.”

According to the NBU, the Ukrainian government adopted the relevant changes as part of the NBU board resolution on Wednesday, which was then entered into force.

Some Ukrainian banks have adopted such restrictions already, according to several sources. PrivatBank, the largest commercial bank in Ukraine, reportedly prohibited its customers from purchasing BTC with UAH in mid-March.

The restrictions apparently raised eyebrows as the Ukrainian government has been actively working to legalize cryptocurrencies amid martial law. In March, Ukrainian president Volodymyr Zelenskyy signed a law to establish a legal framework for the country to operate a regulated crypto market.