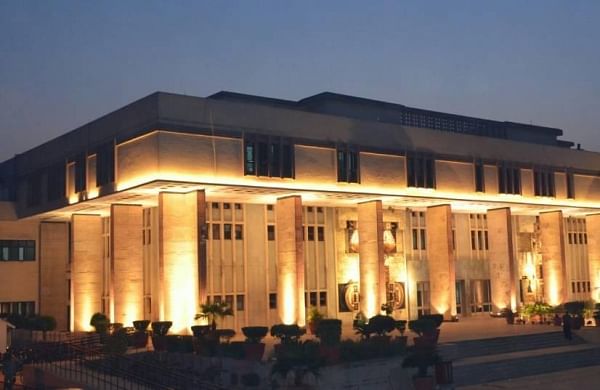 NEW DELHI: The Delhi High Court on Monday directed the Delhi Police Commissioner to look into and “fix responsibility” for the “serious lapse” outside the residence of Chief Minister Arvind Kejriwal last month when certain miscreants breached the barricades, reached the gate and destroyed public property.

A bench headed by Acting Chief Justice Vipin Sanghi, which was hearing a plea by AAP MLA Saurabh Bhardwaj concerning the alleged attack outside the CM’s residence on March 30 during a protest against his remarks on ‘The Kashmir Files’ film, said that it was clear there was a “failure” on the part of the police force and that the bandobast (security arrangement) was inadequate.

“The bandobast made outside the residence of the CM and the road leading to the residence, in the wake of the permission sought on behalf of Bhartiya Janta Yuva Morcha which was declined, was not adequate,” said the bench also comprising Justice Navin Chawla.

“It is very clear that there has been a failure on part of the force to prevent the incident. We want the Commissioner of Police to look into the lapse on part of the police,” the court observed.

The court noted that as per the status report, certain miscreants breached the barricades and reached the gate of the residence, and said, “in our view, the aforesaid lapse is a serious lapse and should be looked at by the Commissioner of Police, Delhi Police”.

“He (CP) should inquire into firstly whether bandobast was adequate, secondly the reasons for the failure of the arrangements made and thirdly fix the responsibility for the lapse which admittedly has occurred,” it added.

The court stated that it was not satisfied with the police status report, which was given in a sealed cover, as far as the security arrangement was concerned and granted two weeks to the police commissioner to file a further status report, including on the aspect of the review of the CM’s security.

In case of any lapse in the investigation in the matter, the magistrate concerned may look into it and there are judicial remedies available, it added.

Additional Solicitor General Sanjay Jain, appearing for the Delhi Police, stated that the investigation in the matter was ongoing and a review of the CM’s security has been undertaken. He added that a failure does not mean that the bandobast was fundamentally flawed.

“Once there is a failure, there has to come with consequences. Responsibility has to be fixed so that remedial action is taken. It is the constitutional office we are concerned with,” said the bench.

Senior advocates Abhishek Manu Singhvi and Rahul Mehta, appearing for the petitioner, urged the court to constitute an SIT for an impartial probe into the incident.

Bhardwaj, in his petition through advocate Bharat Gupta, has sought the constitution of an SIT to probe the alleged attack and argued that the vandalisation of the official residence of the Chief Minister during a protest against his remarks on ‘The Kashmir Files’ film appears to have been carried out with Delhi Police’s tacit complicity.

“On March 30, 2022, several BJP goons, in the garb of a protest, launched an attack on the official residence of the Delhi CM. Videos and photographs show that these goons casually walked through the security cordon (maintained by Delhi Police), kicked and broke the boom barrier, broke the CCTVs cameras with lathis, threw paint on the gate of the residence, and almost climbed over the gate, while Delhi Police personnel simply looked on, doing little to stop the protestors,” the plea alleged.

The MLA said while he strongly supports the right to protest peacefully, even if such protest is against the Delhi Government, violence cannot and ought not to be permitted and condoned.

On April 1, the high court had sought a status report from the police concerning the incident and said that an “element of fear” was sought to be created by the “unruly crowd” and the police force at the spot was “inadequate” and “outnumbered”.

The matter would be heard next on May 17.