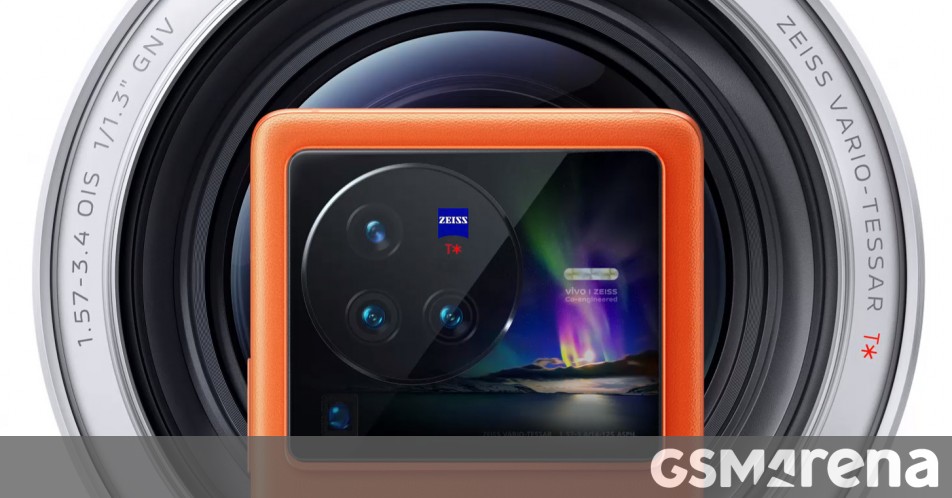 In vivo X80 and X80 Pro debut: There were many leaks surrounding the upcoming Vivo X80 series in the last couple of months, but we finally get to see the real thing. The company managed to deliver a few surprises and that includes the X80 Pro+ as well. The flagship of the series didn’t join its siblings today and will be announced sometime in Q3 this year. For now, the X80 Pro and the X80 would have to do.

It seems like vivo has been taking notes from Oppo and is releasing the X80 Pro in two versions – a Snapdragon 8 Gen 1-powered one and a Dimensity 9000 option as well. Since the announcement event was held for the Chinese market, we don’t know which version will hit the global scene but likely it will be the Snapdragon 8 Gen 1 version. 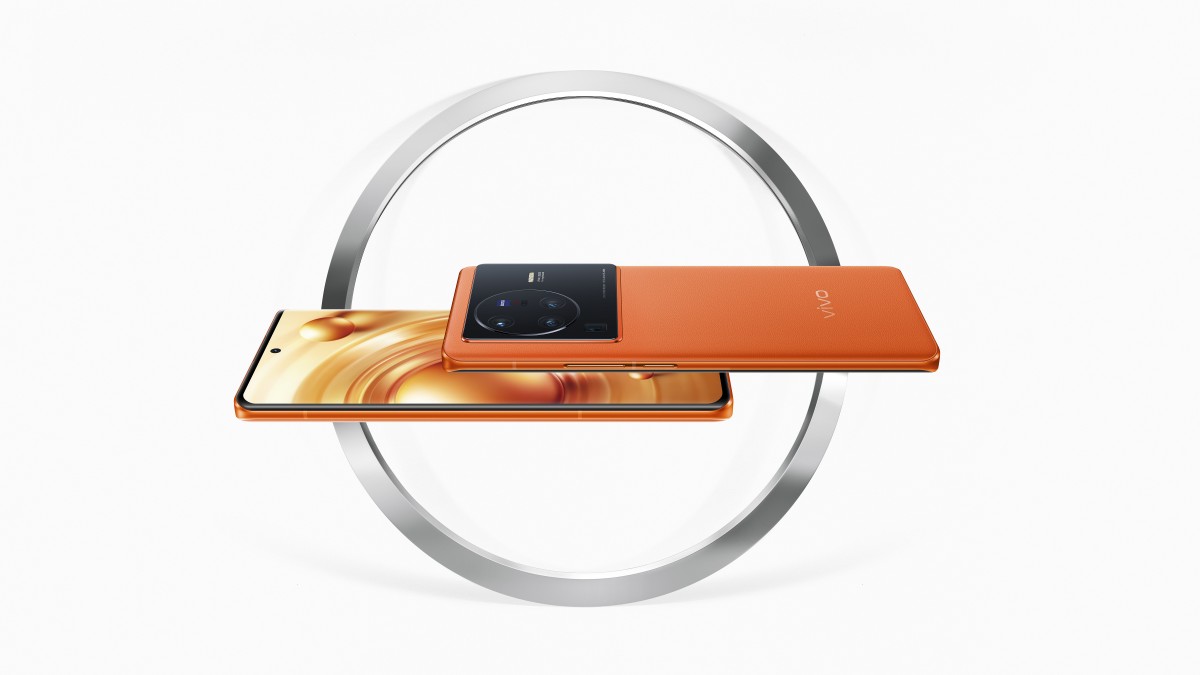 Moving onto the camera department, the device has four of those on its back. This time around, the company used a custom 50MP 1/1.3″ Samsung-made ISOCELL GNV imager. The sensor is paired with stabilized optics and a bright f/1.57 aperture. The unit is also aided by laser AF and Pixel Shift technology. 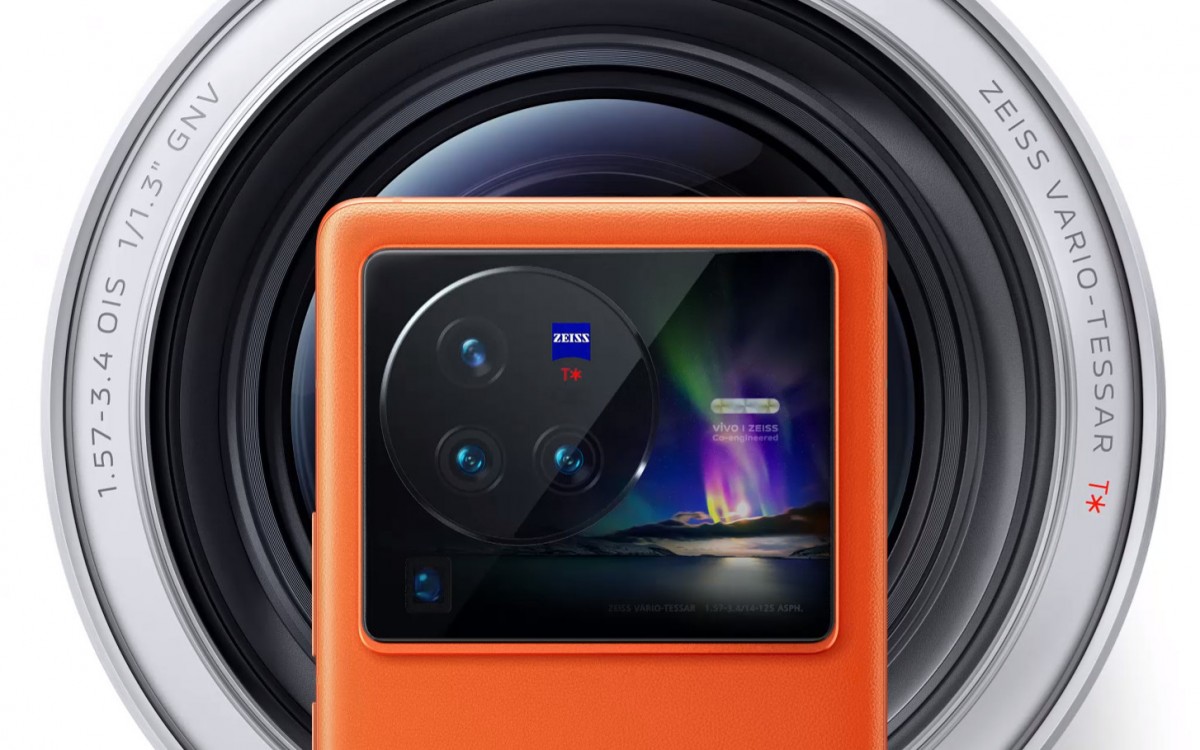 The 5x telephoto camera uses an 8MP optically-stabilized sensor with an f/3.4 aperture and on paper, it sounds identical to what the X70 Pro had. Behind the f/2.2. the ultrawide lens is a Sony IMX598 48MP sensor of 1/2.0″ size. 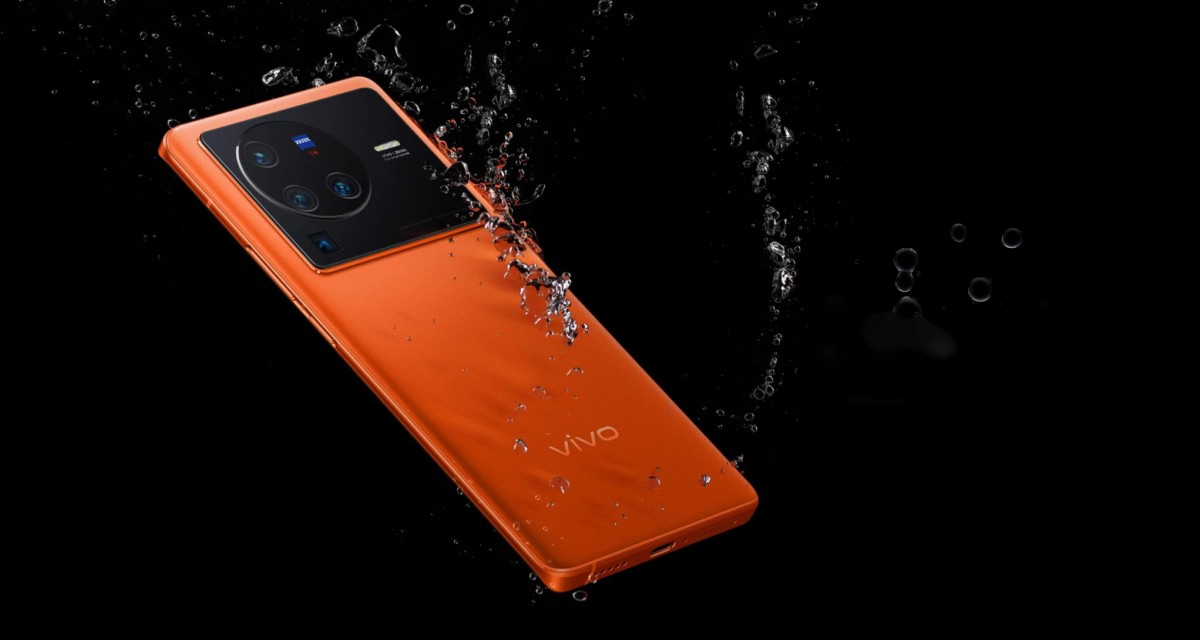 All of the cameras benefit from the Zeiss T* lens coating, just like the vivo X70 series, and make use of the upgraded vivo V1+ ISP chip for improved low-light photography.

The phone draws power from the 4,700 mAh battery that supports Vivo’s brand new 80W wired fast charging, which is a significant upgrade over last year. The wireless 50W fast charging is still at hand and the handset can charge other devices both wired and wirelessly. 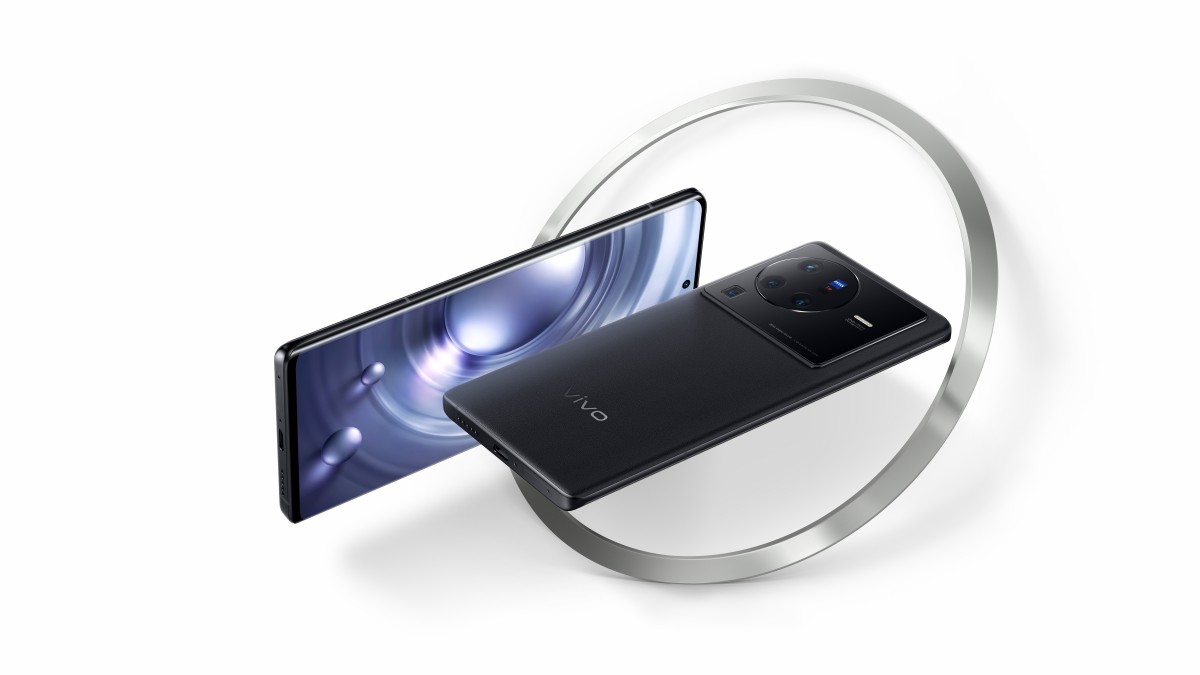 Other notable features of the phone include an advanced 27-layer VC cooling system, HiFi audio chip, NFC with a wider range, stereo and IP68 water, and dust-proof certification. And, of course, the phone launches with the latest OriginOS Ocean out of the box based on Android 12.

The handset will be available in three colorways – Black, Orange, and Green with the latter seeming more of a turquoise color. Depending on the color, you get AG glass, vegan leather, or ceramic back, respectively. 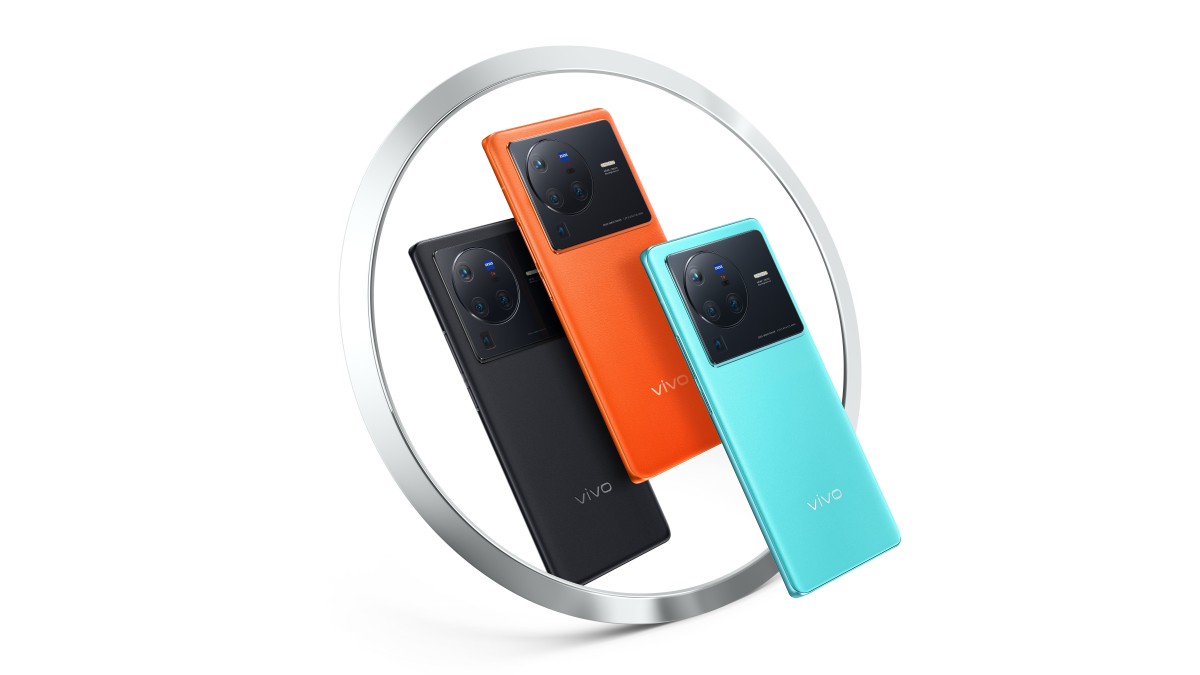 Despite being the most affordable option in the series, the X80 still packs a powerful MediaTek Dimensity 9000 SoC but there’s no Snapdragon 8 Gen 1 option. We also have a less impressive 6.78-inch Samsung E5 AMOLED, which isn’t LTPO2. Still, the advertised 1,500 nits peak brightness, 100% DCI-P3 color gamut coverage, and 120Hz refresh rate make up for a solid panel. 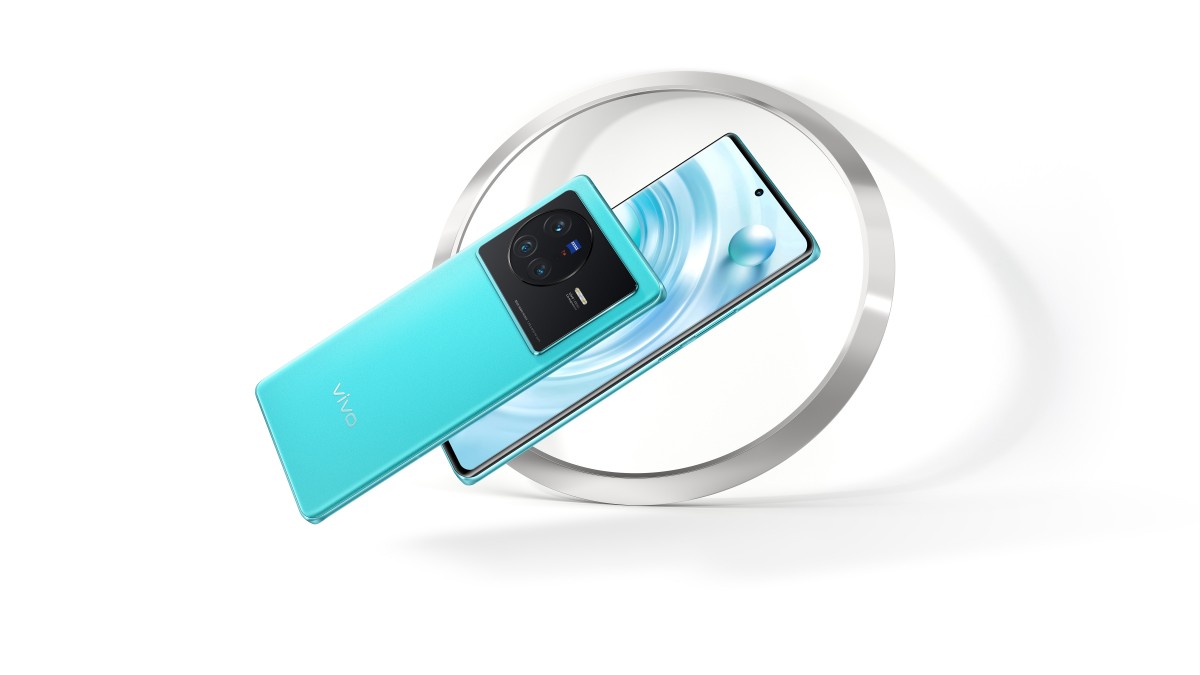 The camera setup isn’t as advanced either. The main shooter uses a 50MP Sony IMX866 RGBW 1/1.49″ sensor and an f/1.75 lens with OIS. The 2x zoom camera used for portraits is borrowed from the X80 Pro but uses a narrower f/1.98 aperture and there’s no 5x zoom shooter here.

The ultrawide camera, on the other hand, is downgraded to a Sony IMX663 12MP sensor with f/2.0 aperture. The selfie camera is shared with the X80 Pro.

The X80 draws from a slightly smaller 4,500mAh battery and misses on the wireless charging, but retains the fast 80W fast wired charging. 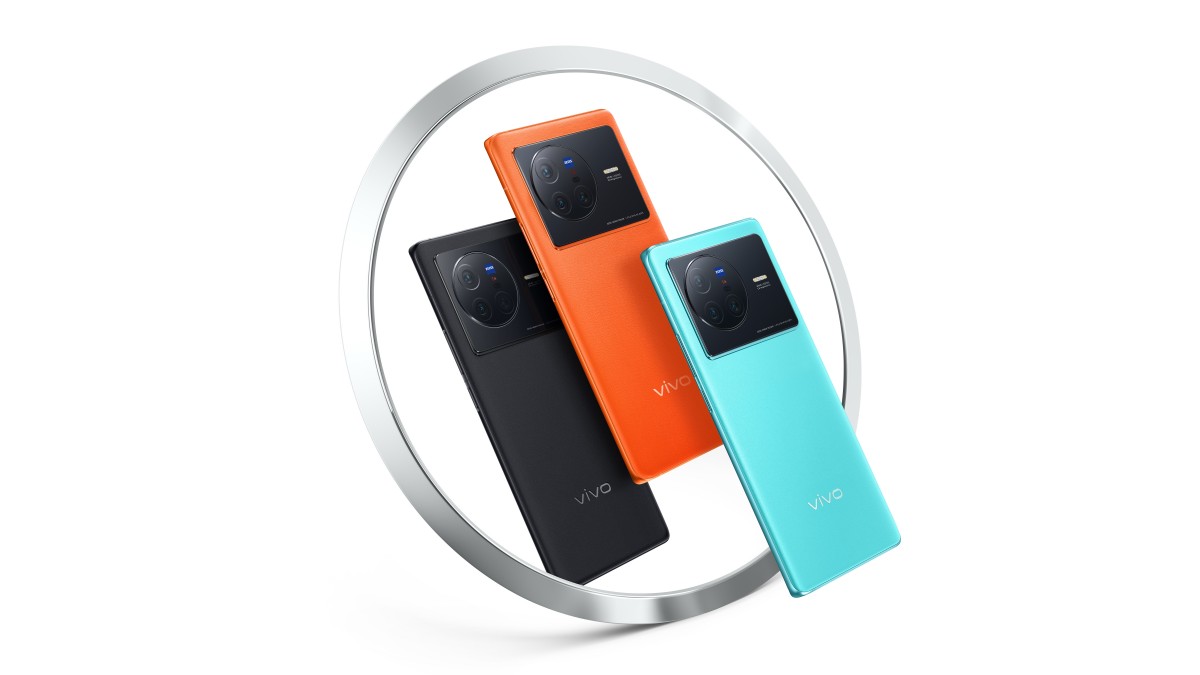 Pre-orders for both handsets are open and actual shipments begin on April 29.