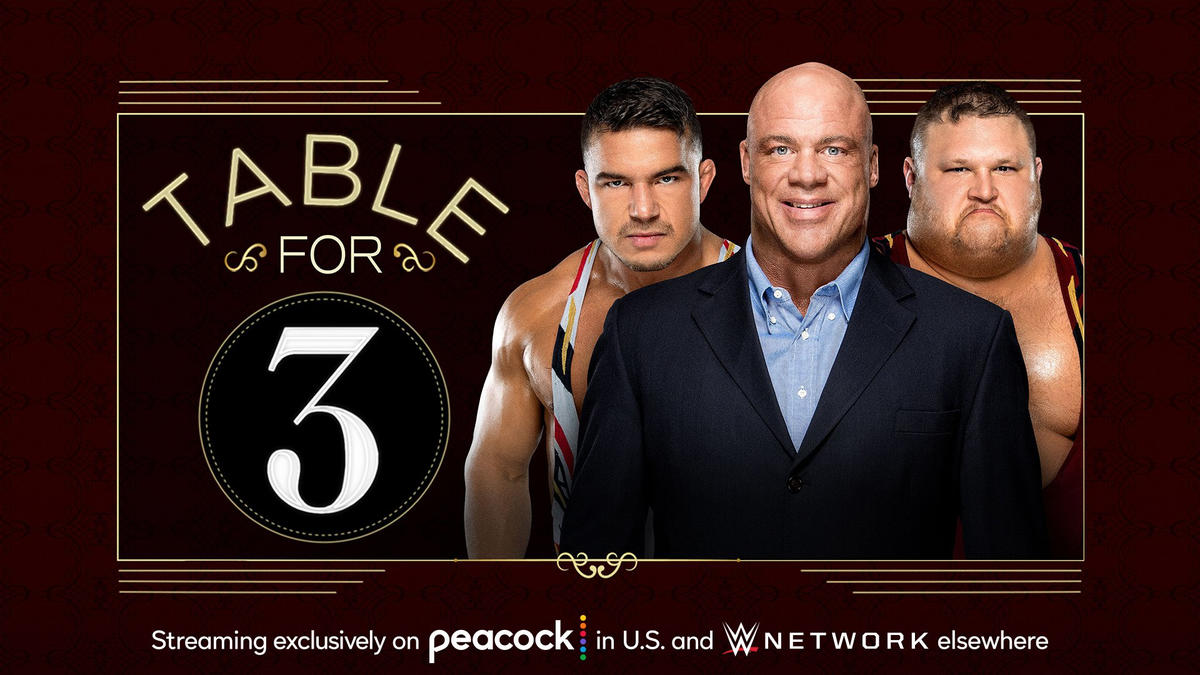 Another stellar lineup of new and original programming is streaming this week exclusively on Peacock in the U.S. and on WWE Network everywhere else!

On Wednesday, WWE’s The Bump is back with an all-new episode featuring one half of the Raw Tag Team Champions, Randy Orton.

Close out the work week on Friday with a new episode of Table For 3: The Angle Academy, featuring WWE Hall of Famer Kurt Angle as well as Chad Gable & Otis!

And as always, catch up on the latest action as WWE gears up for WrestleMania Backlash with Raw Talk streaming immediately following Raw on Monday night and Talking Smack available to stream on Saturday.

Check out the full list of premieres below. WWE Network, including all Premium Live Events, is available in the United States exclusively on Peacock Premium for $4.99 — a $5.00/month savings. Details available at PeacockTV.com.

With more than 10,000 hours of video on demand, WWE Network is also available to WWE fans in more than 180 countries outside the U.S. at WWENetwork.com.