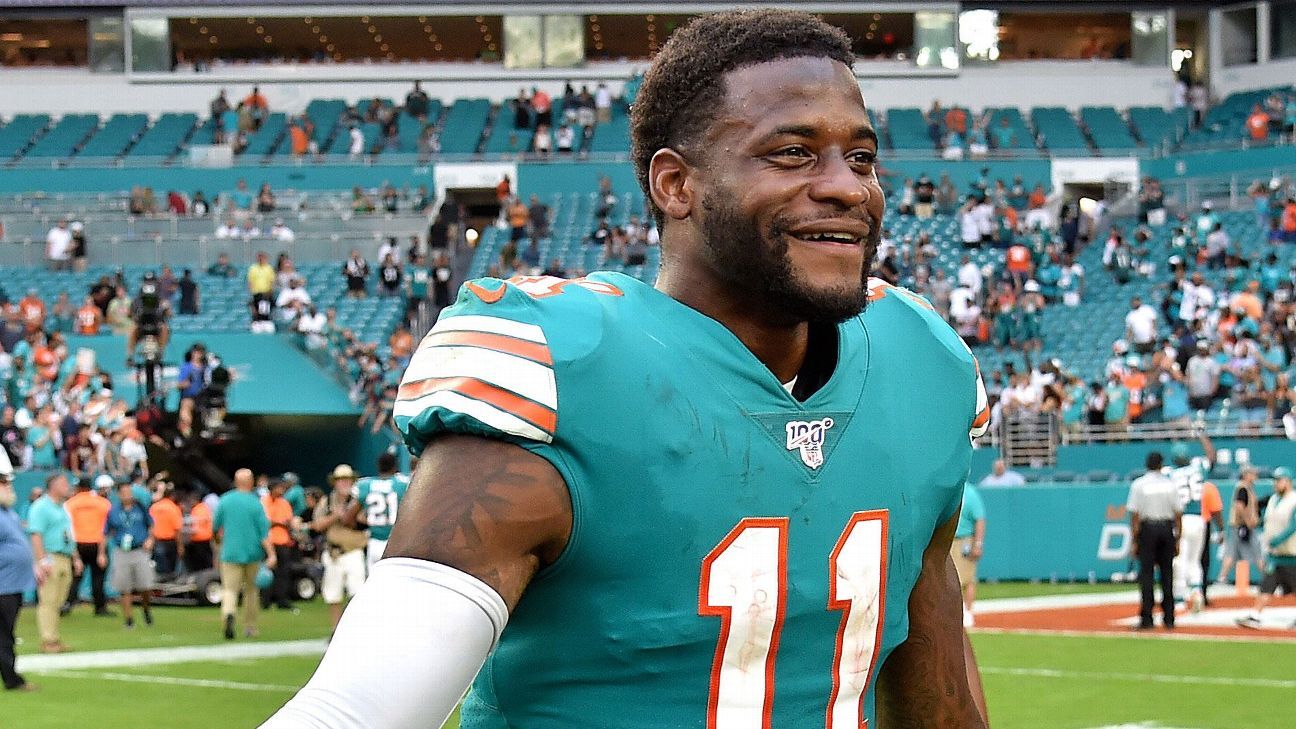 FOXBOROUGH, Mass. — DeVante Parker was granted his wish; the Miami Dolphins received the draft capital they were looking for, and the New England Patriots got a player they hope will be a top wide receiver for quarterback Mac Jones.

That’s how the primary people involved in the rare intradivision trade — the Dolphins shipping Parker and a 2022 fifth-round pick to the Patriots for a 2023 third-rounder — described what unfolded. There have been just six intradivision trades in the NFL over the last five years, according to ESPN Stats & Information.

“I chose to get traded here,” Parker said Thursday in his first interview since the April 2 deal. “My agent [Jimmy Gould] hit me up, just telling me what the situation was, and the options I had for the teams to go to. The first on my list was the Patriots. I’m just excited we were able to get everything done.”

Dolphins general manager Chris Grier confirmed Wednesday that that’s how it went down, noting that once Miami traded for Tyreek Hill after signing free-agent receiver Cedrick Wilson, Parker’s status with the team changed.

“When you have an opportunity to do right by the player and the organization — both sides feel good about it. This was never anything where we [had] planned to trade DeVante,” Grier said, highlighting how trading for Hill altered the dynamic.

“Multiple teams called; the Patriots were the most aggressive. We worked with the agent, and talked to DeVante, we wanted to do right by him as well. Getting that third-round pick was very important to us. We were fine if it was this year or next year.”

Parker, who played the first seven years of his career with the Dolphins, has spent the past week participating in the Patriots’ voluntary offseason program.

He said he enjoyed playing in front of Patriots fans as an AFC East rival and said that is one reason he decided being in New England was “just something I want to be a part of.”

The 6-foot-3, 219-pound player added that he likes playing different spots, which is a staple of the Patriots’ offense, and that he hopes to add a down-the-field presence who can high-point deliveries from Jones, the second-year quarterback.

“My impressions of Mac: He has a nice arm on him. He was zipping it,” Parker said. “It was a great workout for all of us. It was good for me to come down and start throwing with him early, get the timing down.

“Mac is a good quarterback. The way he throws the ball, it’s not tough. He throws a catchable ball. It’s something I’m looking forward to during the season.”