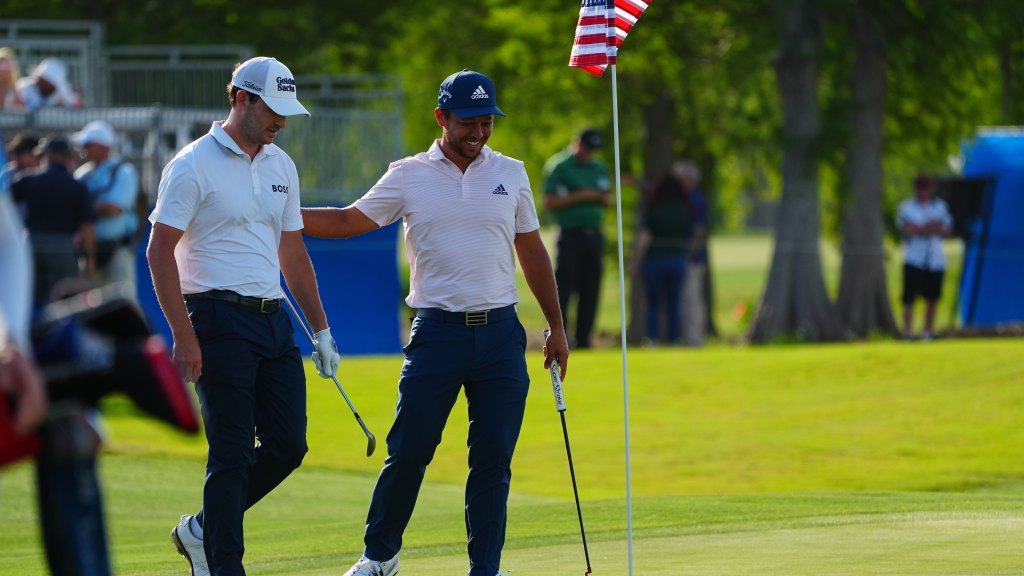 AVONDALE, La. — A lot was made this week of the Viktor Hovland/Collin Morikawa team, and deservedly so. They’re ranked No. 5 and No. 2, respectively, in the Official World Golf Ranking and were the betting favorites.

But that doesn’t mean the Xander Schauffele and Patrick Cantlay team is any less stacked.

Schauffele, No. 12 in the world, and Cantlay, No. 4 in the world, opened this week’s Zurich Classic on fire. Schauffele buried a 12-footer on No. 1 for a birdie, Cantlay then made eagle on 2, then each of them made two more birdies going out to turn with a 7-under 29.

They added birdies on Nos. 10, 11, and 12 to get to 10 under for the round. After three consecutive pars, Schauffele took the lid back off after sticking his approach to two feet on 16.

With the course record of 60 in site, which was tied earlier in the day by Matthew NeSmith and Taylor Moore, the team approached the par-3 17th

Deterred by water lurking on the left, both tee shots ended right of the green but in a spot where an up-and-down save seemed like a forgone conclusion.

The six-time winner on Tour holed out from off the green to get the pair to 12 under for the day, tied for the lead, and a closing birdie away from setting a new course record of 59.

On the par-5 18th, Schauffele’s drive found a fairway bunker but Cantlay was in the mayor’s office. His 3-wood found the dance floor, setting up a 44-foot putt for an eagle and a 58.

Cantlay’s bid came up just short, and right in the jaws, but it was good enough for an easy tap-in and a sub-60 effort. 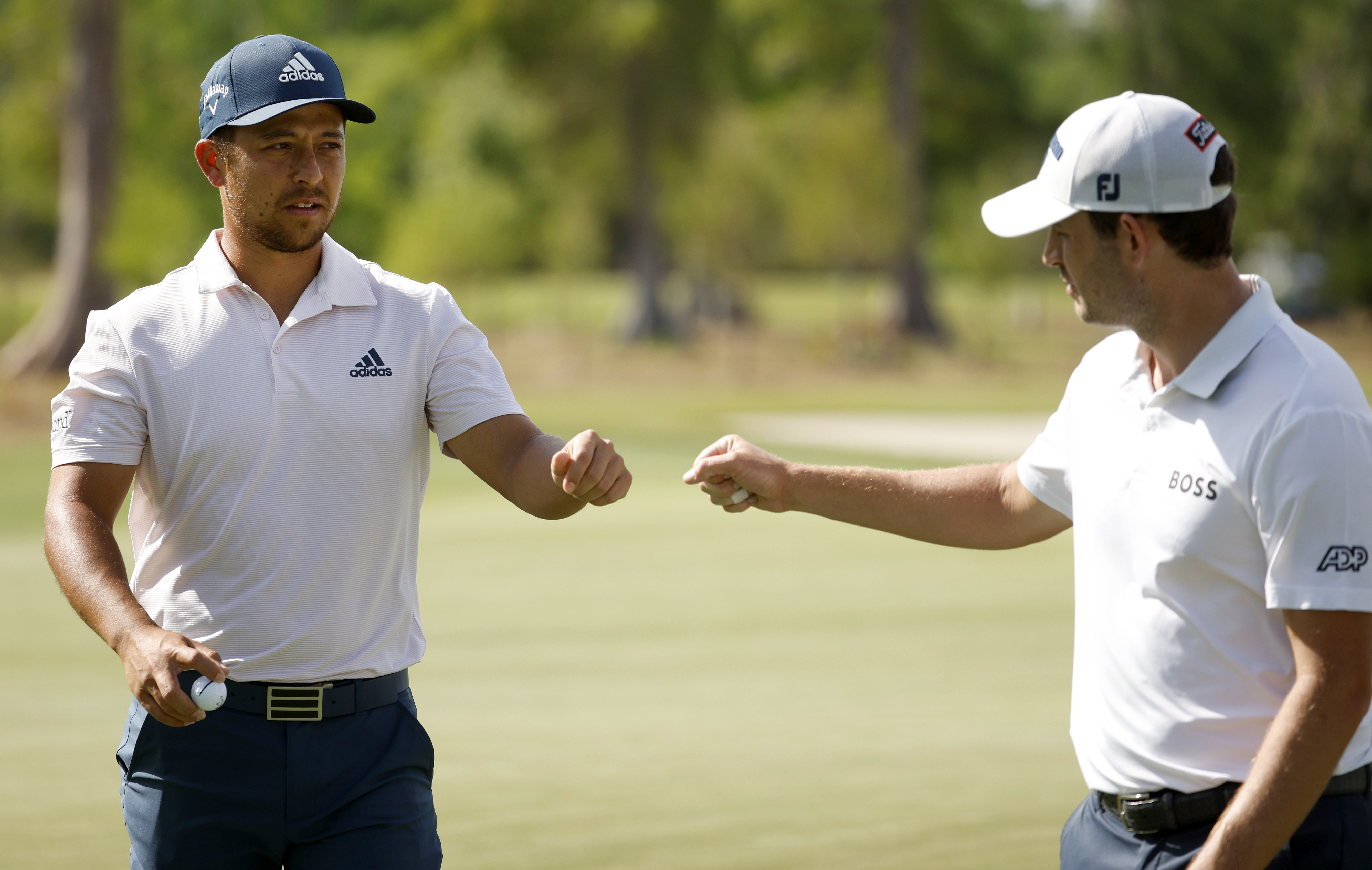 Xander Schauffele and Patrick Cantlay react to their putt on the 12th green during the first round of the Zurich Classic of New Orleans at TPC Louisiana on April 21, 2022, in Avondale, Louisiana. (Photo by Chris Graythen/Getty Images)

“I wasn’t really thinking about 59 just because it’s the best ball,” Cantlay said about his mindset coming down 18. “Yeah, I mean, just trying to make a birdie on par-5 like every other week.”

The pair is back at it tomorrow morning alongside Scottie Scheffler and Ryan Palmer at 9:53 a.m. ET. Round 2 will feature an alternate shot.

“It’s just the first quarter. So the buffer, we’re only one shot ahead, but we are going into a format on Friday that we really like,” Cantlay said. “I think Xander and I really like an alternate shots. It’s one of our strengths for the week, and we’re really looking forward to it.” 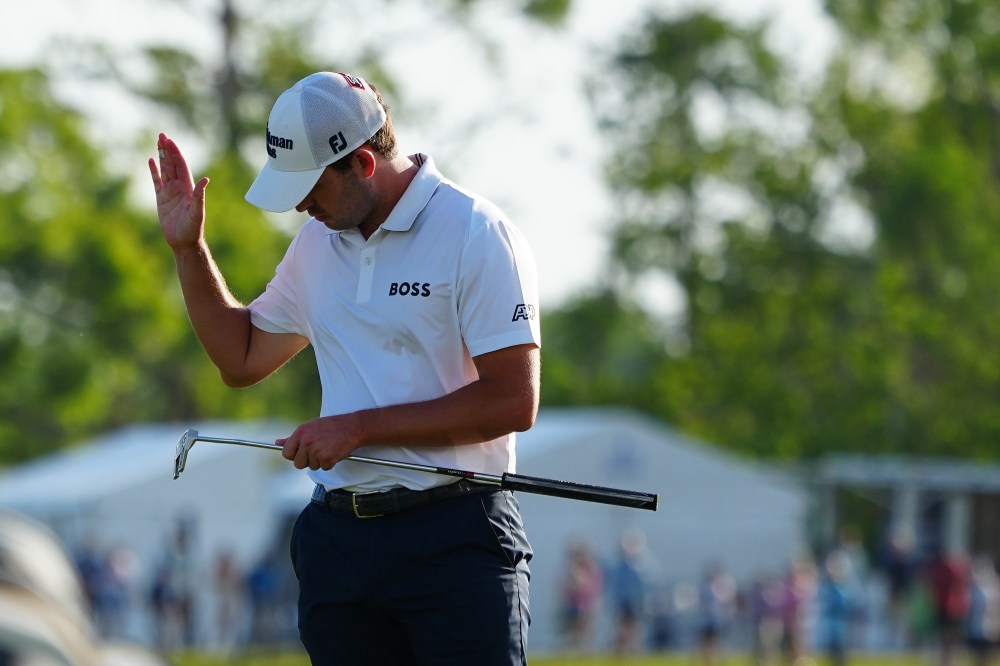