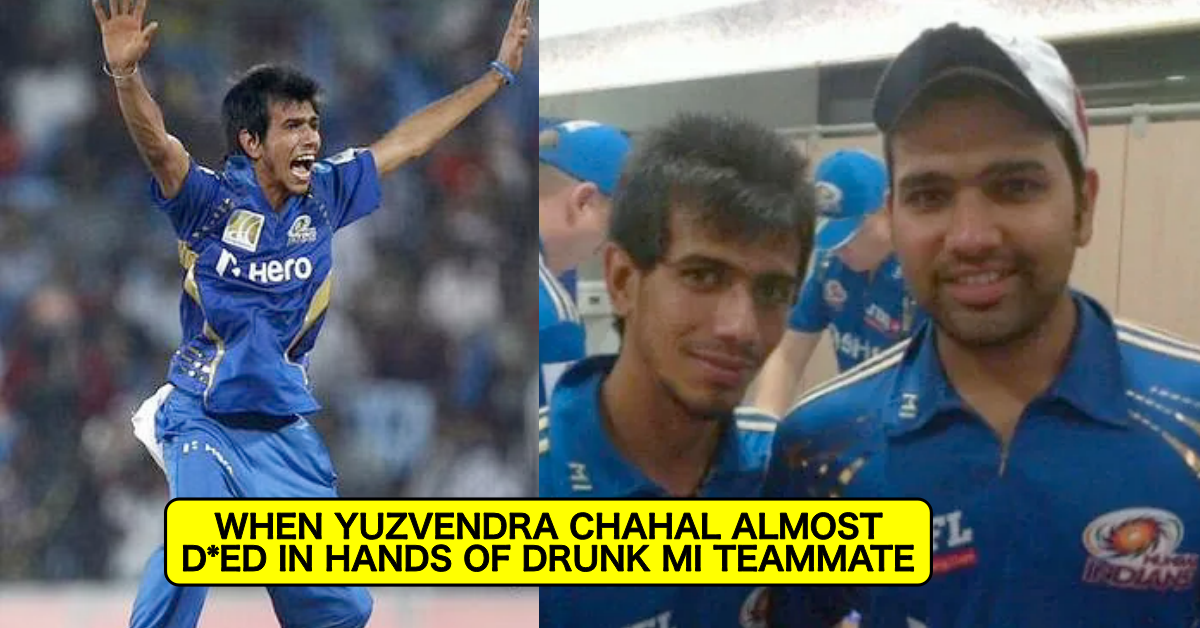 Indian leg-spinner Yuzvendra Chahal opened up on a daunting incident that took place back when he was playing for Mumbai Indians (MI) in the sixth edition of the Indian Premier League (IPL).

Before he joined Royal Challengers Bangalore (RCB), Chahal was still unknown and was plying his trade for the 5-time champions. During one of the campaigns for the Mumbai franchise, he endured a terrible incident.

In a conversation alongside new teammates, Ravichandran Ashwin and Karun Nair, Chahal explained how a drunken MI player had him hanging outside of a balcony on the 15th floor of their hotel building.

“I never told this story. From today, everyone will know. I never shared this,” he began. “This dates back to 2013 when I was with Mumbai Indians, we had a match in Bangalore. There was a get-together after that.”

“So there was a player who was very drunk. I won’t say his name. He was very drunk, he was looking at me for a long time and he just called me and he took me outside and hung me on the balcony and my hands were like this [gestures].”

“Had I lost my grip, I was on the 15th floor… Suddenly many people who were there came and handled the situation. I kind of fainted, they gave me water. Then I realized how responsible we need to be when we go anywhere. So this was one incident where I felt I had a narrow escape. Had there been the slightest of memories, I would’ve fallen down,” he revealed.

Check out Yuzvendra Chahal talk about the incident here:

What Yuzi told was scary to the core. Would like to know what action was taken by MI over that behaviour. pic.twitter.com/ptByxQkjg3

He moved to RCB from MI where he had a successful career and also became a major part of the Indian white-ball team. Chahal now plays for Rajasthan Royals from the IPL 2022 season onwards.